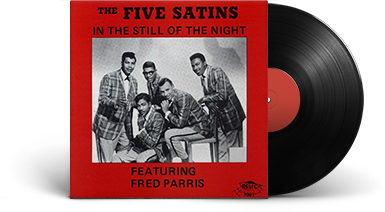 Fred Parris, lead singer and songwriter for the Five Satins was 85 when he left us.

His classic song, “In the Still of the Night,” has been recognized as one of the greatest love songs of all time and the number one requested song of the Doo-Wop era. The song rose to number 3 on the Billboard R&B charts, and number 24 on the pop charts in 1956.

Parris wrote the song’s lyrics while on night guard duty for the U.S. Army in Philadelphia. The band later recorded the song in a makeshift studio in the basement of St. Bernadette Roman Catholic Church in his hometown New Haven, Connecticut.

Almost 40 years later, the church honored the legendary recording session with a plaque in that same basement. Fred returned to the church to sing “In the Still of the Night” for the 2018 PBS special Doo-Wop Generations.

Rolling Stone magazine named “In the Still of the Night” one of the 500 Greatest Songs of All Time.

The Five Satins were inducted into the Vocal Group Hall of Fame. 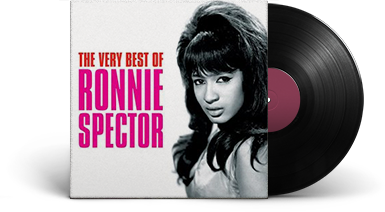 Ronnie Spector, known for singing iconic 1960s hits like “Be My Baby” and “Walking In The Rain” has passed on at age 78. She led the Doo-Wop group The Ronettes. The music group toured England with The Rolling Stones and befriended the Beatles.

Ronnie Spector, who was born Veronica Bennett, began performing around New York City with her older sister, Estelle Bennett, and their cousin Nedra Talley. They became stars after they won an Amateurs’ Competition at the famed Apollo Theater.

In 1963, they signed with Producer Phil Spector’s label Phillies Records. The group released its debut album as The Ronettes in 1964; five of the 12 tracks made it to the U.S. Billboard Charts. The group broke up in 1967.

In the Street Gold TV special, Ronnie sang “Creation of Love”, a song from her idol Frankie Lymon. She said she learned how to sing listening to his records.

Ronnie became a walking history of Rock ‘n’ Roll. The Rolling Stones opened for her. Brian Wilson worshipped her. Jimi Hendrix was, on some occasions, her bandleader, and eventually she was appointed the savior of Bruce Springsteen’s E Street Band. Her influence can be felt in all of them.

The Ronettes were inducted into the Rock ‘n’ Roll Hall of Fame in 2007, they were credited with having produced “some of the greatest music of the century.”

Return to my Current Shows ยป