Famed Producer Phil Spector left us in 2021. He was in the group the Teddy Bears who had a number one hit in 1958 with “To Know Him Is To Love Him”.

In the early 60’s he had success producing hits for Gene Pitney, Curtis Lee, and Ray Peterson. Spector was famed for his “Wall of Sound” approach to recording music, producing 20 Top 40 hits for Darlene Love, the Crystals and the Ronettes and going on to work with the Beatles, the Righteous Brothers, and Ike and Tina Turner. The secrets to his sound were an overdubbed onslaught of instruments, vocals and sound effects that changed the way pop songs were recorded. He called the result “Little Symphonies for the Kids”.

By his mid-20s he had produced about two dozen hit singles, making him a millionaire. He would enjoy a deep association with the Beatles, producing their final album, Let It Be, and John Lennon, producing his 1971 hit Imagine. Spector was inducted into the Rock and Roll Hall of Fame in 1989. He used his talents to compile and restore out-of-print records, even receiving a gold record for his work mastering The Doo Wop Box compilation for Rhino Records. 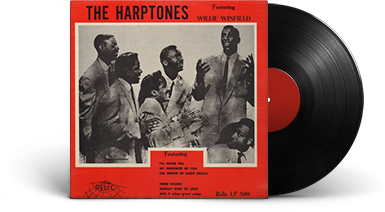 Willie Winfield whose silken lead vocals with the Harptones has passed on.

He sang with the Harptones for 66 years and despite many offers, refused to go solo. Known for his modesty, in a 2019 interview he said: “The Harptones are the reason I kept singing. The group had the same idea. We did everything together. Anywhere we appear the original members who are deceased are still with me. I still hear their voices”.

Willie received a lifetime achievement award at the East Coast Music Hall of Fame Awards in 2019. The same year he gave his final appearance at a Doo-Wop concert in Dix Hills, New York. He wrapped up his career with his signature ballad, “Life is but a dream”.